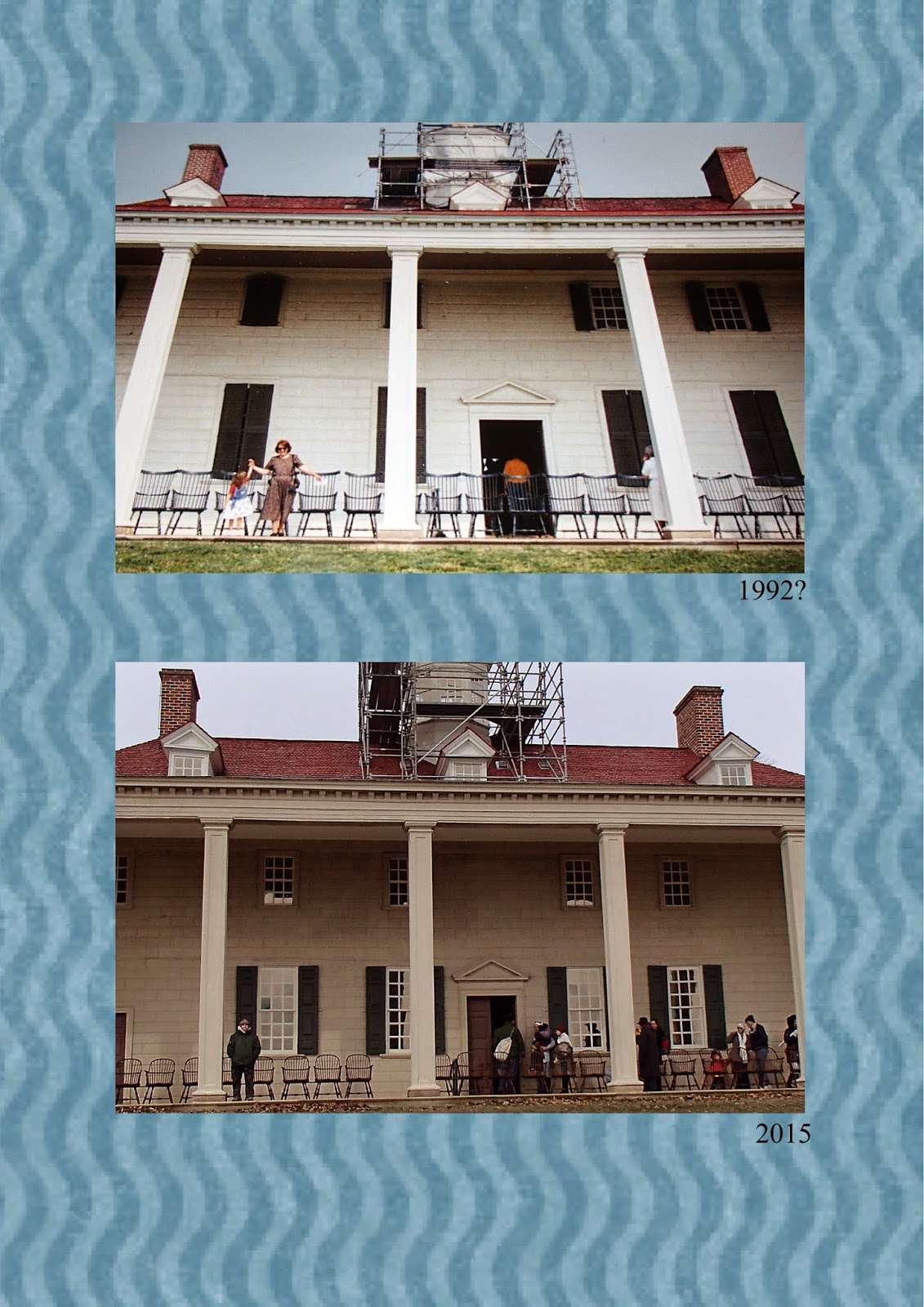 Earlier this year Dad and I visited Mount Vernon on President's Day. I made him take a picture of me on the porch because I recently remembered seeing on of Grandma and I on the back porch the first time I went to Mount Vernon (1992?). I tried to find it again to do the collage, but it wasn't clearly in the 1990s photo box. In putting the photos back in Mik's closet after the new floor was installed, I finally found the photo (it had actually been in a photo album). With just a vague memory of the photo, we actually managed to get it at almost the same angle and with me in almost the same spot. Even scaffolding is in both!
Posted by wildcat1001 at 4:35 PM