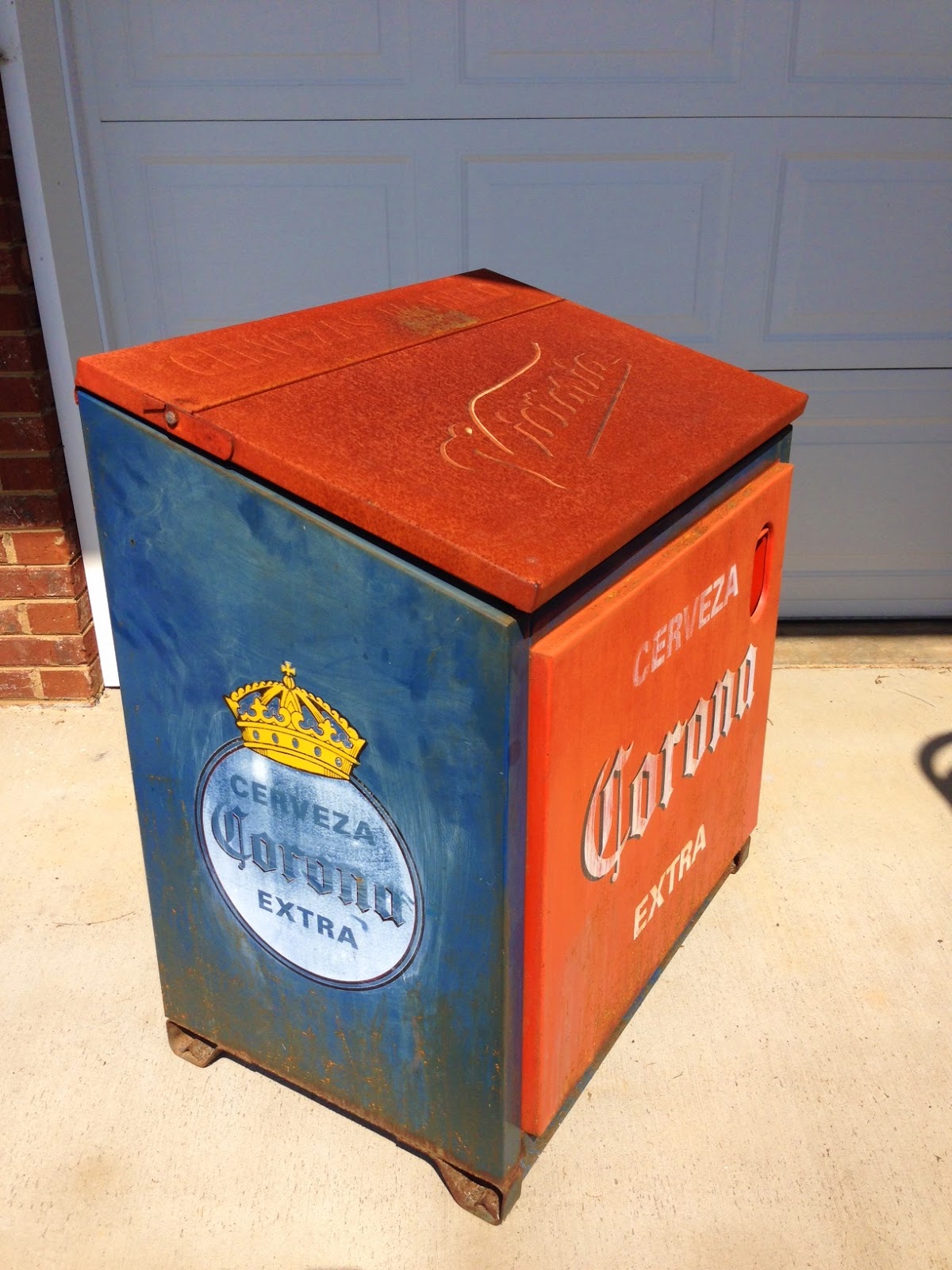 For years we have been meaning to repaint the Corona cooler, since after years of being outside in Arizona it looked pretty worn. Before we moved it from Alabama to our condo in Virginia, we decided now was the time to finally repaint it while we still had outdoor space for such projects. Dad did a great job of sanding it and spray painting it red. 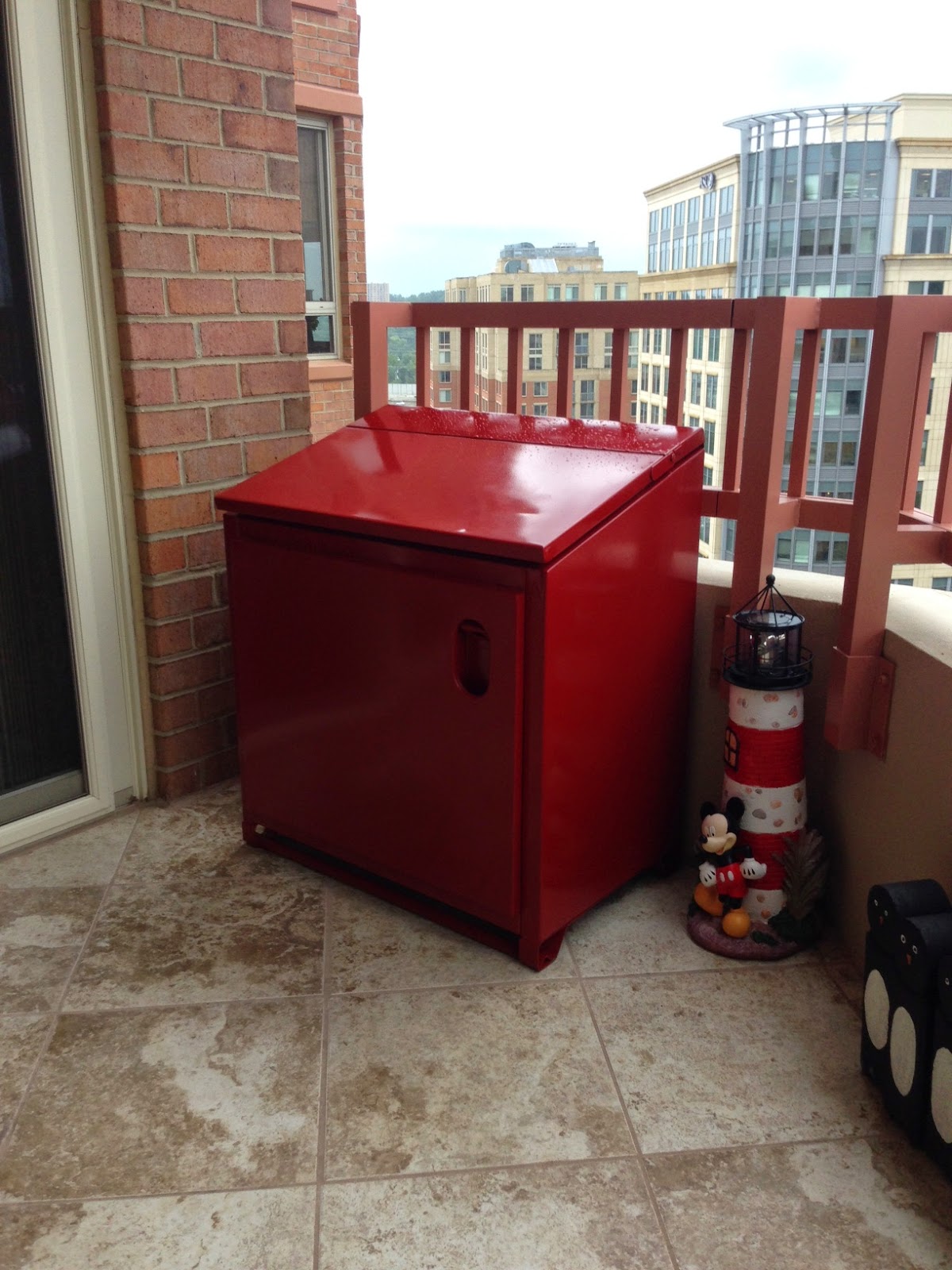 Originally, Dad wanted to make it Coca Cola themed with stickers, but I told him we are no longer doing that since Mik and I have our porch Disney themed. (There are penguins in Mary Poppins, so having my penguin army out there fits the theme, right? At least that's my argument should Mik ever notice I put them all out there instead of storage like we had originally discussed.)
Posted by wildcat1001 at 10:21 AM