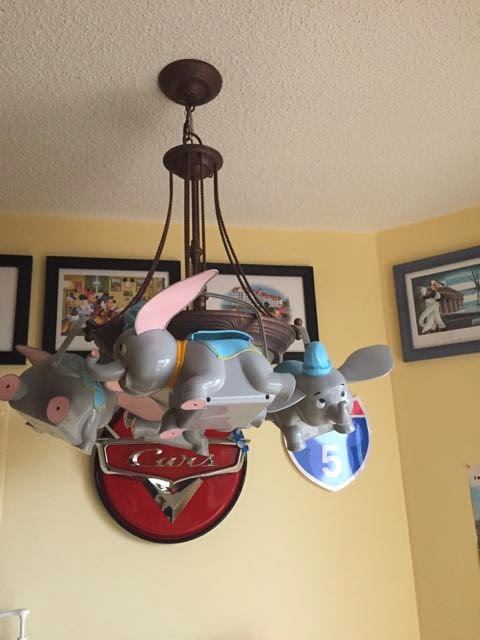 Mom emailed me this morning and said I had to do an update on my Dumbo lamp. So here it is. Not only has Mik not vetoed the one Dumbo on the lamp in the kitchen; but the lamp has turned into a miniature version of the Dumbo attraction. Mik doesn't mind it; but it does drive Dad nuts as he's always banging into it when throwing stuff in the trash or recycling cans.

On our Disney Cruise for my birthday last month they had the Dumbo popcorn buckets at the theater concession stand. The first night we bought one; because I had been talking about it being cool to turn the light into a miniature version of the attraction with three more Dumbos. We were going to get more each night until I had three; but the next night they were then out. However, the next night Dad and I noticed they had them again; so we just bought two to ensure we ended up with three. Then Mom met up with us in theater and had bought one, too. Thus, I ended up with too many Dumbos; but I guess can you really have too many?

Bonus collage that I've been meaning to put together of riding Dumbo over the years (and one of the Dino ride at Animal Kingdom; because it is now the only flying ride Mik does as it doesn't require a transfer). 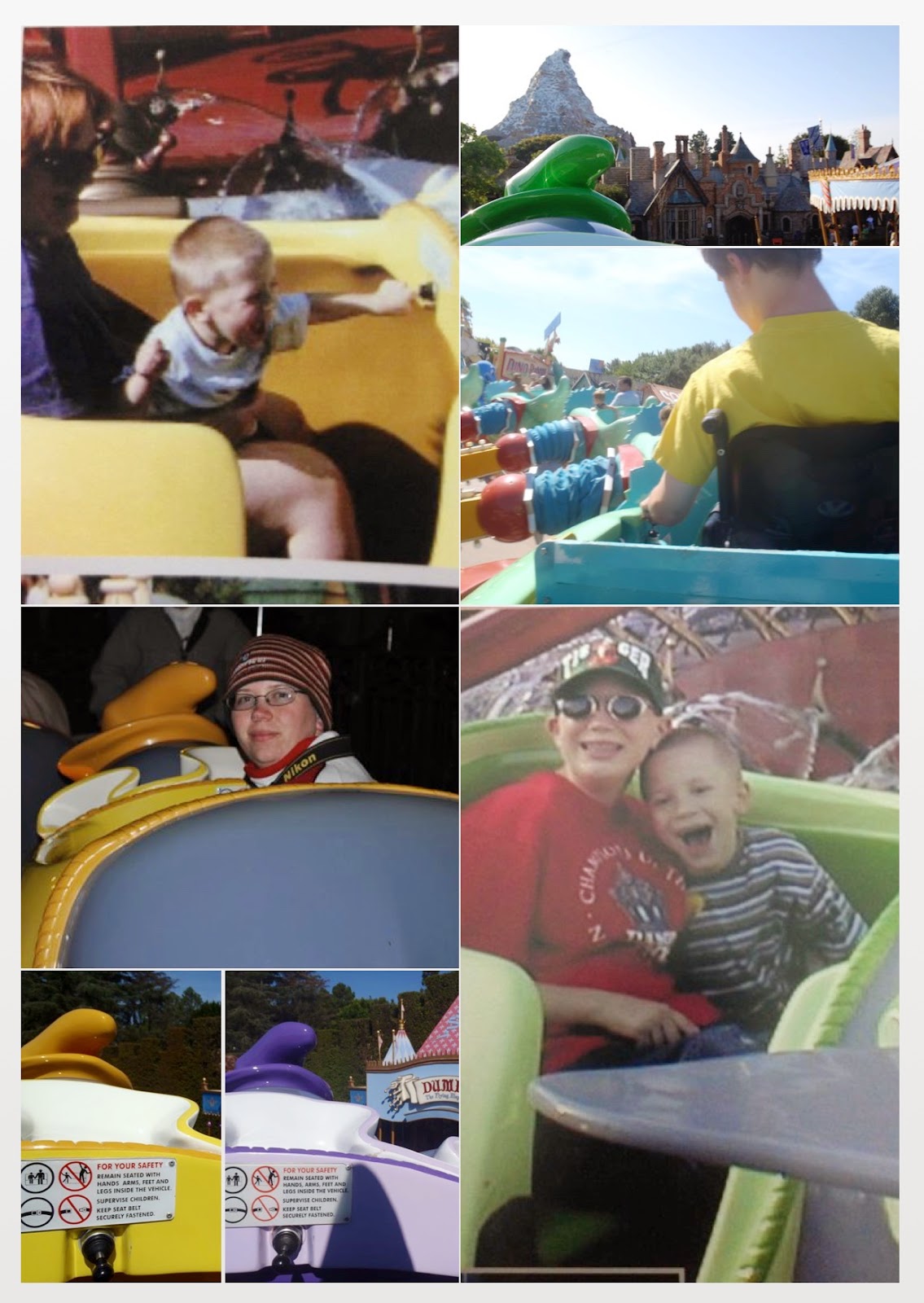