About a week ago I found out that Kmart had an exclusive line of Disney outdoor products.  The motorcycle Mickey really caught my eye because of the HOA warning I got last year for having my scooter on the front porch.  They said it was because motorcycles are not allowed to be parked there, so I figured I might as well put an actual motorcycle on the front porch this year even though it is a miniature. 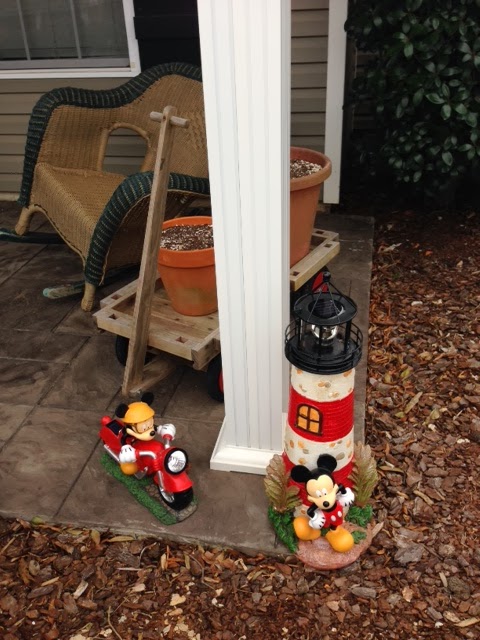 I also could not pass up on the solar powered Mickey lighthouse.  I was able to resist the Mickey and Minnie fountain, though I would not mind getting that eventually when we do get a condo if we do not already have too many things for our porch, which we might because we already had two Grumpy statues, a Mickey statue (I'm not attached to this, though), and the Grumpy planter that Mik choose online and also arrived today. 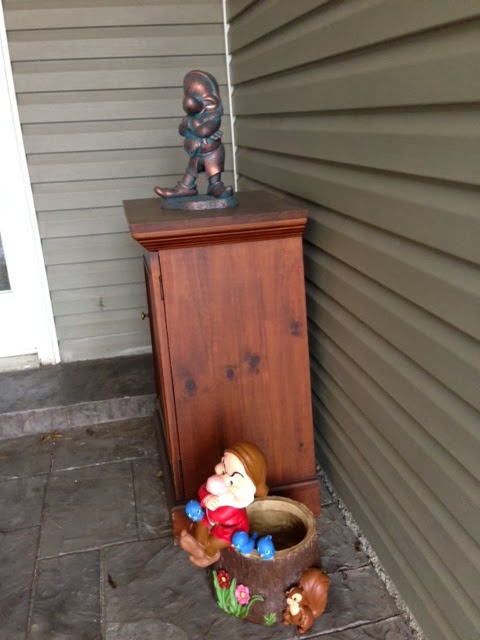 Turning a broken bowl into a work of art 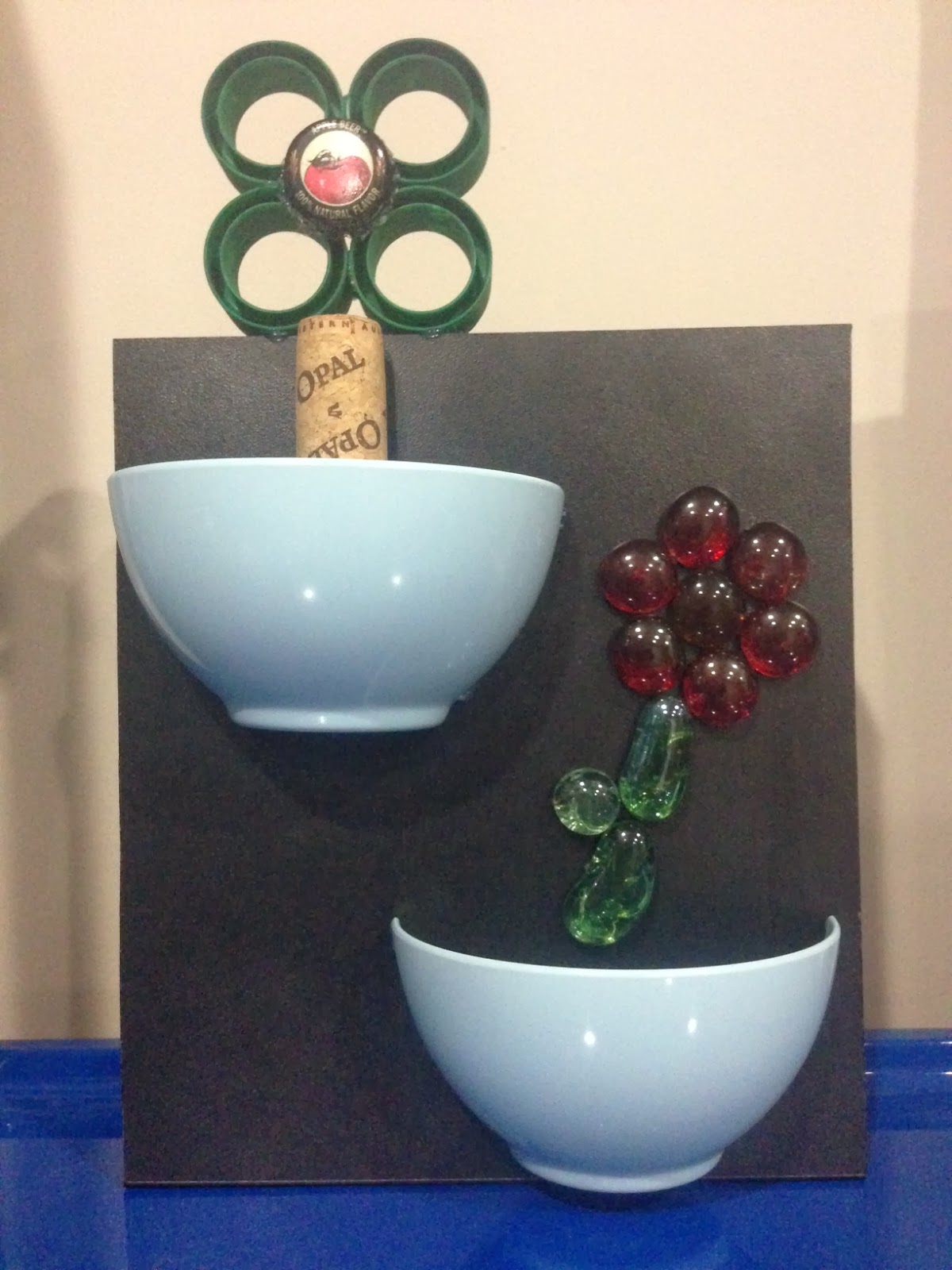 Months ago Dad dropped one of the small plastic bowls and it broke exactly in half.  He brought it to show to me and I immediately decided to hold on to it to make something with it.  Around the same time we put in extra cabinets in the kitchen and I saved the leftover scrap from the counter top for the project.

Yesterday I finally got around to doing something with the bowl and counter top pieces.  I painted the edges of the counter scrap so it was all black using leftover paint from the penguin army project.  I then used a hot glue gun to attach the bowl pieces to the counter top scrap.

When Dad got home I asked him if he thought it would stay attached because when looking at some edges were clearly not touching the counter top.  He proceeded to grab one of the pieces and pull it off.  That clearly illustrated that it would not hold up to anything in the bowl, but that was already quite obvious and I merely was wondering if it was attached enough for its own weight, which they seem to be as long as someone doesn't pull on it!

After reattaching the piece Dad pulled off, I remembered I had some colored stones from an abandoned stepping stone project.  I glued those on to make it look like a flower is growing out of the bottom bowl.  At that point I was kind of wishing I had only put one half of the bowl on because the top bowl did not have enough counter top area above it to do a flower with the stones.

In searching around for other things to use to make something coming out of the top bowl, I found some wine corks and a bottle cap with an apple that got me thinking I could make an apple tree coming out of that bowl.  At first I was going to attach the bottle cap directly to one of the wine corks, but then I found the stash of used up tape rolls that I keep saving thinking I will make fun napkin rings some day.  I painted four of them green and glued them together to be the tree top and then glued the bottle cap in the middle.

The final decision came down to which of the two wine corks to use for the trunk.  One was a Kendall Jackson one, so it says KJ on one side.  The one I decided on, though, was the Black Opal one glued on with the Opal words facing out.  I mainly choose it because it was more porous and thus easier to stick on.  Also, the KJ would have been side ways whereas the Opal lettering is upright when the tree trunk.
Posted by wildcat1001 at 6:46 PM No comments: