Choosing only 5 hats to display

For over a week I have had a hat rack mounted over the door in my office just waiting for me to hang hats on.  Initially I had to find my ball cap collection.  I found that box on Friday, but couldn't at all decide what hats to put up there as pairing down my collection to fit in that box last summer seemed hard enough.  After three days of thinking about it, I finally decided what hats to hang up there and two of the hats came out of other random boxes I unpacked this weekend.
The finalists are a Stanley Equipment Stanley, N.D. hat; a Turkish Naval hat given to me on my first trip to Turkey; a USS Crommelin FFG-37 (ship Daf served on) hat; a well worn Nats Park Opening Day hat; and my Students on Ice hat. 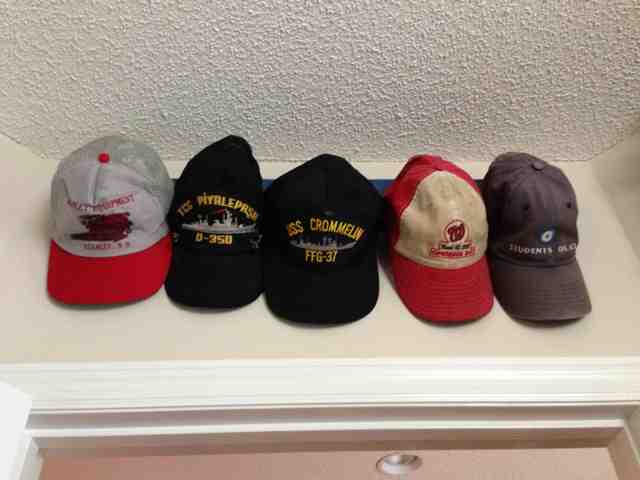 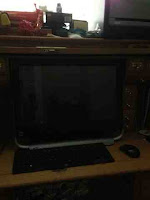 In the Harry Potter books/movies the Weasleys have special clocks that show roughly were each member is at.  Such as home, work, school, etc.  I so need one that says things like out walking/running, out of town, at work, etc. because it seems like just when I expect someone to be at home (Dad!) I cannot find them.
Posted by wildcat1001 at 5:45 AM No comments:

Who knew making frozen pizza was so hard?

Mik asked Mom to make him some food for dinner tonight and she decided to make a garlic cheese bread sort of pizza thing we had in the freezer.  To make it, though, she first asked me how to do it as if I knew off the top of my head and I only have made one once.  I told her to read the box and she still needed pretty much word by word help, as in she didn't know how (or at least pretended not to) to set the oven and then the timer.  In setting the timer she ended up setting it for 90 hours and then it got stuck at 10 hours and I just set the microwave one, which I like better anyways.  The craziest question, though, was when she took it out of the oven and asked if it was precut or if she has to cut it.  For one, I don't know of any precut frozen pizza, but even if it was you would think it would have been noticeable that it was when she put it in or took it out of the oven.
Posted by wildcat1001 at 5:23 PM No comments: