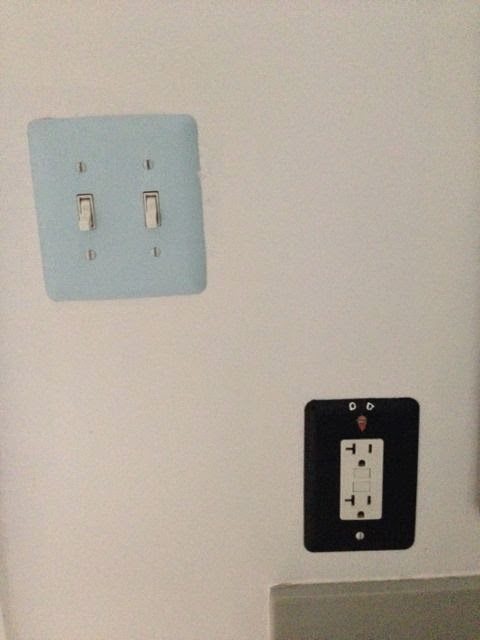 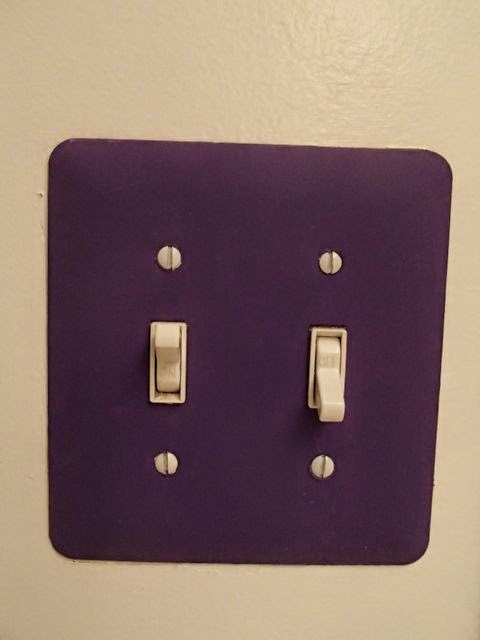 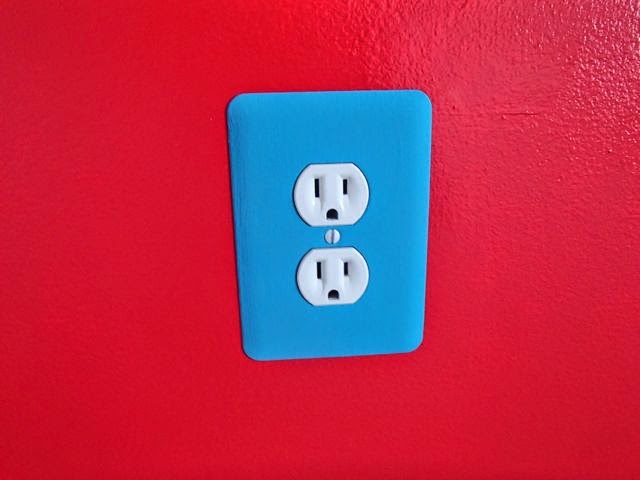 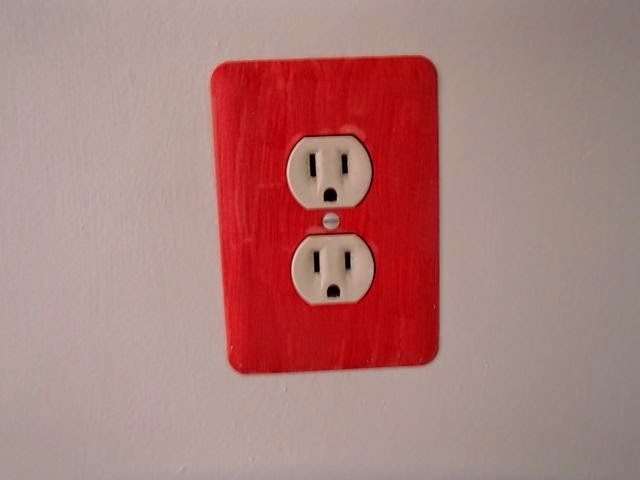 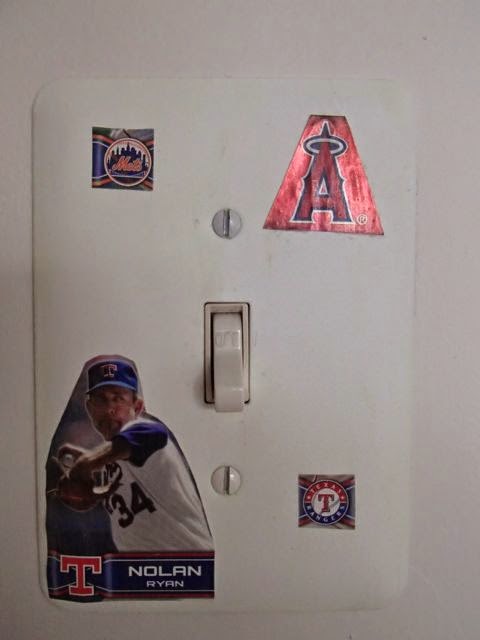 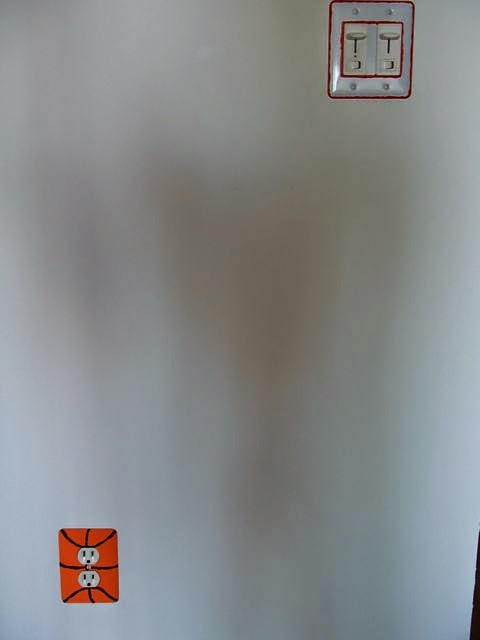 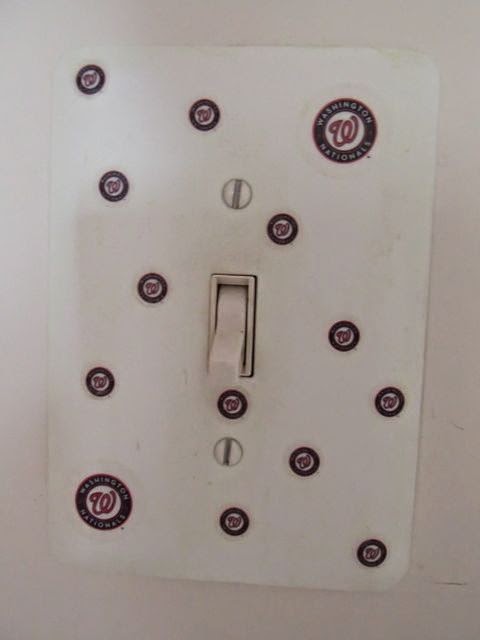 I made a Washington Nationals light switch plate using some nail art stickers Mom found when we were out buying paint.  This one is also painted with glow paint and it is in the entryway with a light above it, so it does end up glowing.  This is the one Mik might end up not agreeing to keeping, but I am hoping it won't be hard to sway him to allowing it to stay because I did make him a Nolan Ryan one and a basketball one.  Plus, there are still covers to do in the entryway and if I can just find something that works I will make one Dbacks themed.
Posted by wildcat1001 at 7:20 PM