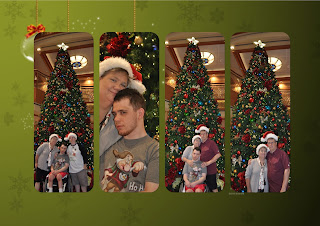 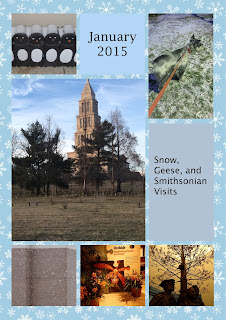 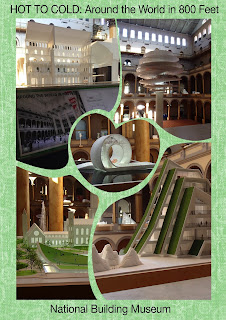 Mik and I visited the National Building Museum to check out their current exhibits at the time, which included the building model exhibit called "HOT TO COLD: Around the World in 800 Feet." 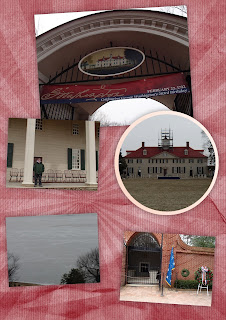 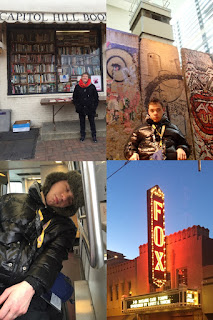 [Top Left] Mom and I checked out Capitol Hill Books to find some 1940s books for my collection. [Top Right] For Valentine's Day, I took Mik to the Newseum for his first time and he was impressed by the Berlin Wall pieces. [Bottom Left] Mik loves to nap on the Metro. [Bottom Right] I enjoyed see Rosanne Cash at the Fox in Tucson. 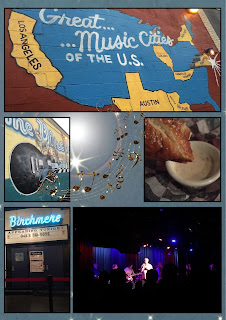 I took Mom to see the Oak Ridge Boys at The Birchmere, which has become our favorite concert venue because it's small and it's dinner and a show style. 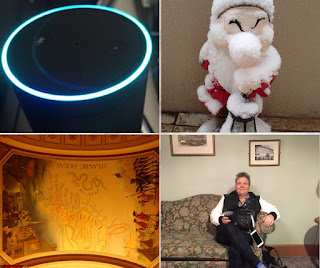 [Top Left] We got our first Amazon Echo. Mik now also has one in his room. I love it for playing music, but the reason we both love them is that now makes controlling the Hue lights much easier, which we started putting in other places besides just Mik's room. [Top Right] Grumpy statue on our porch covered with snow. [Bottom Left] Dad took us on a private tour of the Capitol for the first time after he started working in Visitor Center. I laid on the ground to get this photo. [Bottom Right] Mom and I saw Angela Lansbury in The Blithe Spirit at National Theatre. 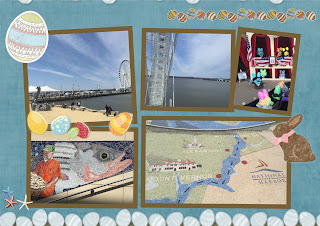 Mom, Dad, and I visited National Harbor on Easter mainly to check out the Peeps, but also because I had been wanting to ride the Capitol Wheel. 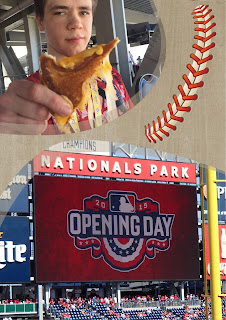 Mik and I saw Opening Day this year at National's Park and enjoyed trying out the new grilled cheese concession stand. 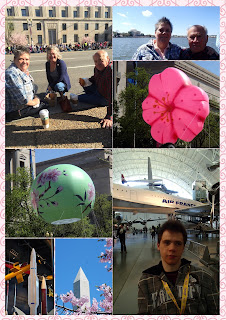 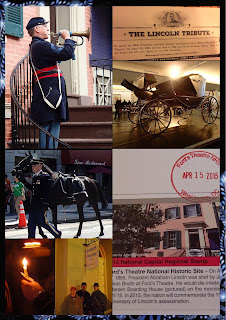 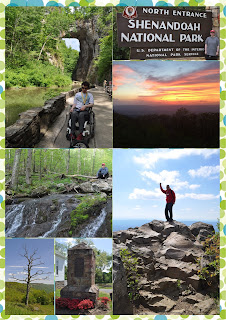 Dad, Mik, and I spent a few days in Shenandoah National Park and also went to the Natural Bridge, Washington, and Museum of the Shenandoah Valley. 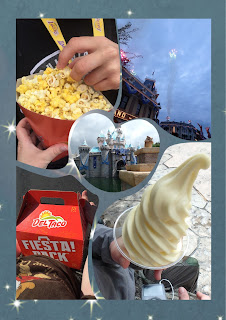 Mik and I went to Disneyland in May, since we were doing the D23 Expo this year and got Premier Passes and there's now a Hyatt Place close enough to walk from where we can use Mom's Hyatt points. Ended up also being there for the start of the 60th Anniversary celebration and did the 24-hour event from 6am, although we only lasted until about 2pm, but that's longer than Mik ever lasts in the parks even when we start at 8am. 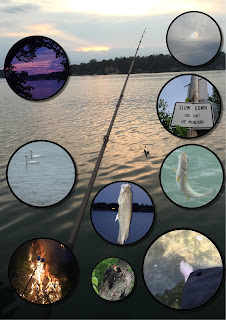 I spent most of June at the cottage in Michigan. 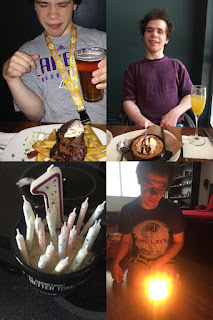 Mik turned 21 and got to celebrate three times. First was with Dad, who took him out to dinner on his birthday. Mom took him out for lunch a few days later when she got back in town. Then when I got home from the cottage I made him a pina colada mug cake. 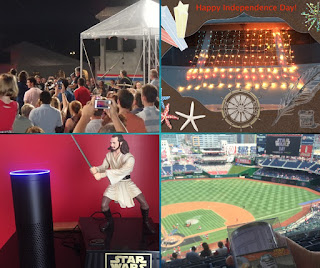 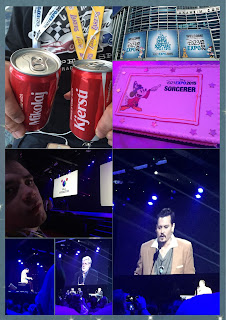 Mik and I went to the D23 Expo. This time we managed to get Sorcerer tickets, which made a huge difference. The past two Expos we mainly did everything in a day and never tried to even do the presentations. This time we spent most of the entire four days there and did went to quite a few presentations. Mik's favorite parts were seeing George Lucas and Johnny Depp at the Disney Legend's ceremony and the Disney Interactive presentation. My favorite part was seeing Richard Sherman perform a song during the Disney Legend's ceremony. 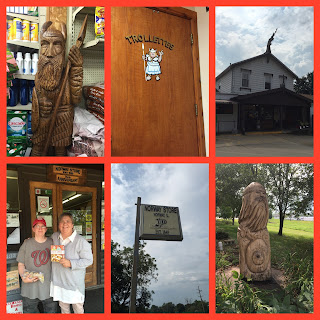 Mom, Mik, and I spent Labor Day weekend in Illinois and Mom and I happened upon Norway, Illinois. 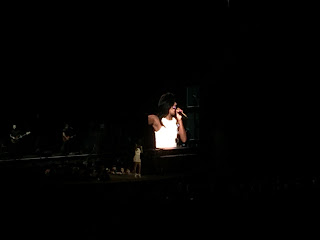 Mom and I went to the Brad Paisley concert at Jiffy Lube Live. I didn't like the venue, so we didn't actually stay to see him perform. However, we really did enjoy the radio fest before the concert that included Rainey Qualley and saw Mickey Guyton perform, who was the person I really went to the concert to see. 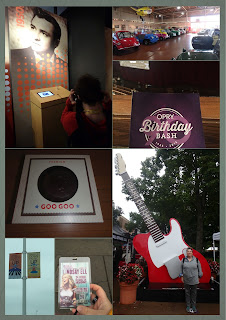 For my birthday, Mik, Mom, and I went to Nashville. We saw the Opry at the Ryman as well as the Grand Ole Opry House, where we also saw the Oak Ridge Boys for the Opry's 90th Birthday Bash Concert. Mik only went with the the Ryman show, but he loved Nashville for the food, Goo Goo Clusters, and the car museum. 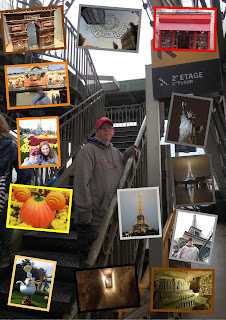 I spent a week in Paris with my godmother. We climbed to the second floor of the Eiffel Tower, which I have been wanting to do for years after only going to the first floor back in 1999. I also finally got to Disneyland Paris. 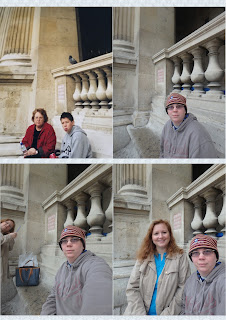 In Paris, I also found the same spot to take a photo as the only photo I could find of me from my first Paris trip in 1999. 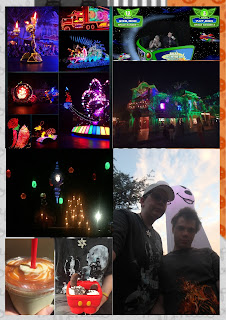 Mik and I fit in one more Disneyland trip while we had Premier Passes this year since we had DVC points left for the year and wouldn't be able to do Disneyland again until at least next D23 Expo. Plus, Mickey's Halloween Party is way better at Disneyland than the Magic Kingdom, although Disneyland Paris does have the best Halloween decorations. 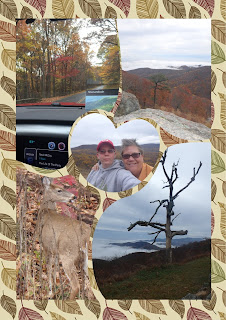 We took a day trip to see the last of the fall colors on Skyline Drive. 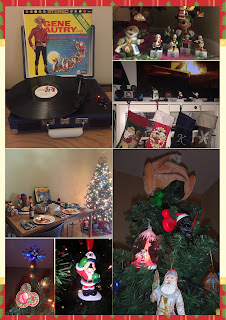 Dad and I put up the Christmas tree on Thanksgiving. 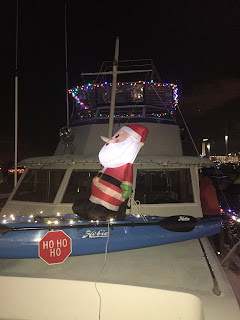 Dad and I decorated the boat for Christmas. 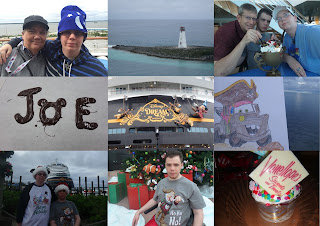 We went on a 4-day Bahamian Disney Cruise on the Disney Dream, so we've now been on all the Disney cruise ships. 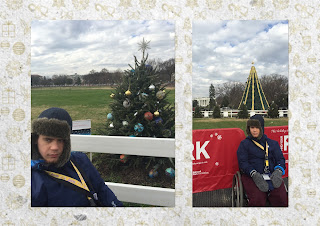 Mik was hesitant to go see the National Tree after the state trees being all the same looking last year, but I convinced him to give it another try. He really enjoyed it now that it was back to the traditional style of having ornaments made by people from each state/territory.
Posted by wildcat1001 at 9:49 AM